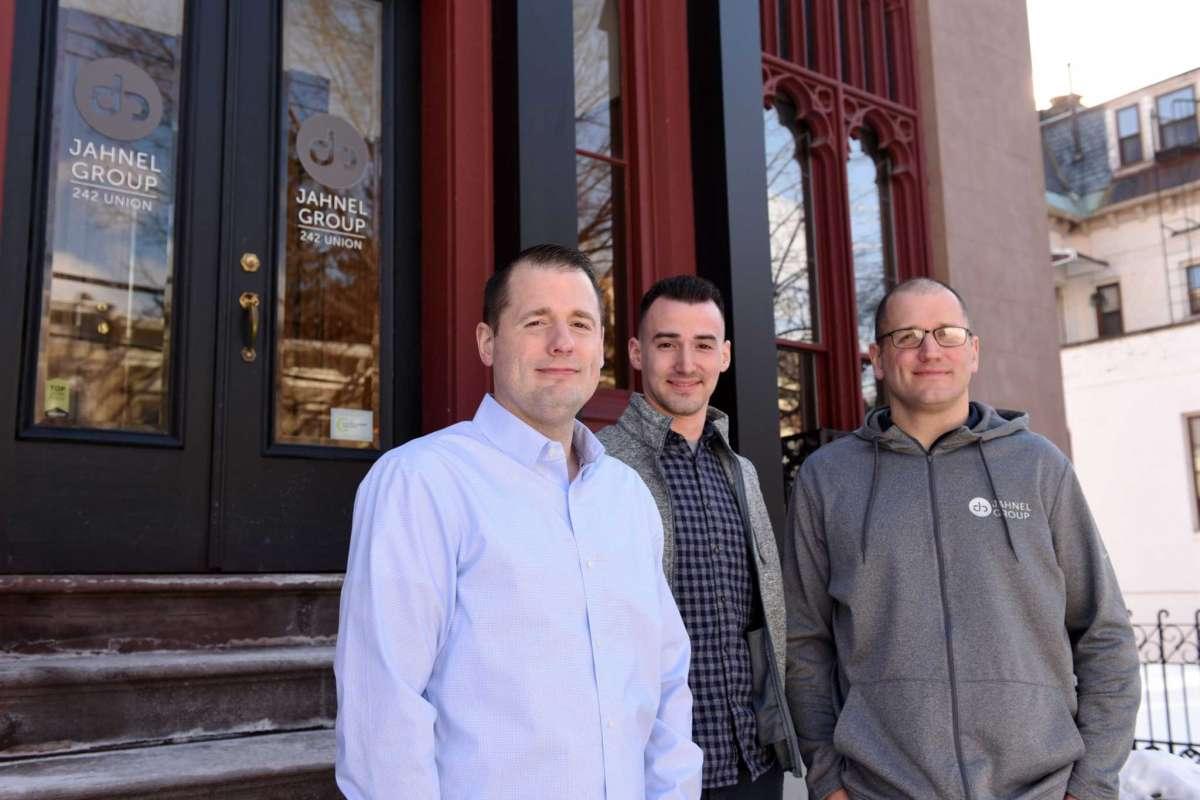 SCHENECTADY – "Software nerds like to have fun everyday" might well be the slogan for the Jahnel Group.

While you might find employees hard at work in small groups on major projects in team rooms, you could just as easily find them playing chess for a chance to win the championship belt or toiling on projects that push beyond their comfort zones during "War Week," where nearly a dozen employees can put in 100 hours each in six days.

But don't be fooled by all the gaiety, the Jahnel Group means business and has done work for industry giants like Google and Disney as well as more mid-sized clientele.

"They'll call us in and we'll build this web application for them and a lot of time it's software that runs an entire business or an entire arm of a business," said CEO Darrin Jahnel, 42.

He and his older brother, Jason, company COO, started the business years ago with a specific set of goals in mind.

"When we set out to build this company, we said 'if we're not going to have fun then what's the point of this.' So we're seeking fun everyday, every week," he said. "Even though we're having fun and trying to do all this extra stuff, we don't compromise our quality and professionalism around here. We try to go out of our way to create those environments where people can experience something extraordinary together."

It's that philosophy that has helped the Schenectady-based company morph from an education software business into a thriving custom software development and consulting firm with about 70 employees.

Right now, they have offices on Union Street and the Biz Lab on Lower State Street.

Over the summer, the company will relocate to a 17,000 square feet office space on the 5th floor of 134 State St. within the Mill Artisan District, not far from its current offices.

"It's going to be the most amazing space in the Capital District, I really do believe that," said Darrin Jahnel describing the high ceilings, concrete floors, three terraces, and garage doors that can open the office to the outside.

While the building has an elevator, Jahnel said the executives may start a million stair challenge now that they completed their million push-up challenge that took 7 years to complete.

In an industry where turnover is high, Jahnel boasted that since they launched the business in 2012 only one employee has left to take a job elsewhere.

"We come at it with the mentality that 'they don't work for us, we work for them,' " he said of his employees. "We owe it to them, so that they can come to a place and work with people that they like, so that they can work on work that they're excited about."

Jahnel, who lives with his family in Schenectady, said he wants the company to be a positive force in the Electric City.

"I think we're going to continue to grow and I think we can get to the point where we actually can have a significant impact on the city of Schenectady," he said. "We are committed to the Capital District, but more specifically Schenectady. We have a passion for the city."