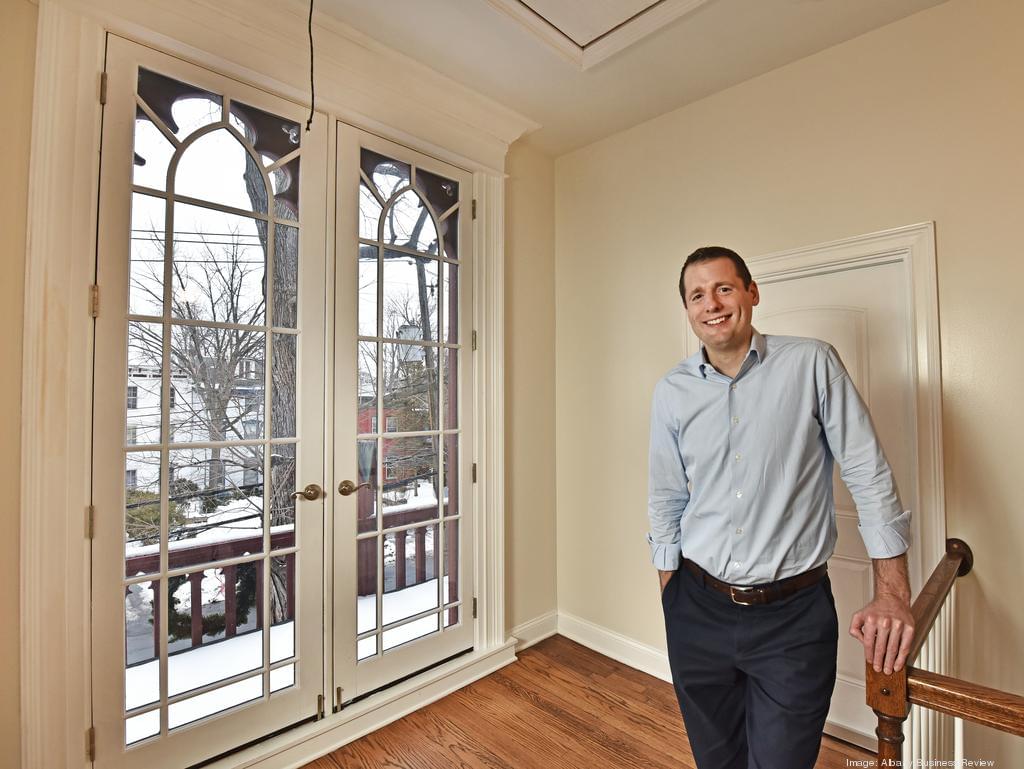 CEO and co-founder of the Jahnel Group

CEO and co-founder of the Jahnel Group

Darrin Jahnel racked up $70,000 in credit card debt trying to build his software business. He had just moved back upstate from New York City, and his wife was expecting their first child. Jahnel worked 80 hours a week for 11 months on two contracted jobs to pay his debts. The success of the company came later.

“That was a big moment. It changed our outlook on business and money,” Jahnel said. “All of a sudden, we got a lot braver because we were in the hole pretty deep and we worked ourselves out.”

In the years since, Jahnel with his brother, Jason, have built a 50-person business in a mansion in Schenectady’s Stockade District. The Jahnel Group designs and develops web-based applications, websites and mobile applications. Clients include Google, Massachusetts Institute of Technology, Research Now and others. Revenue was $3.1 million in 2016.

You didn’t study computer science in undergrad. How did you get into software development?

I was always kind of a nerdy guy, good at math. I had an aptitude for it, but I never knew. My brother and I were basketball guys. One of my college roommates got a job in New York City, where they had a training program. They didn’t care if you’re a developer or not. They gave you an aptitude test and if you do well on the test, they’ll hire you and train you. I went into a class of 20 kids. Nineteen of 20 were computer science majors. I didn’t know the basic things. I took to it really well. I got my brother into the same training class the following year.

Did you always know you wanted to start your own company?

People that had lives that we thought we liked, most of them were entrepreneurs. That was put in our heads at a young age. When we were in New York City, we started several companies. Some very bad companies. Several made $0. With each company, we got a little bit smarter. In 2005, we developed an educational software program. We were working our full-time jobs and on nights and weekends we created this thing. We showed it to people and they said we should pursue this.

How did that work out?

Before I quit my job I said, “OK, let’s see if people will buy this first.” I took a week of vacation, we pitched 12 schools. Eleven said, “This is amazing, we’re going to buy it.” We’re celebrating. I quit my job. At the same time, my wife and I got pregnant with our first child. The plan was to move back up here, where our families are. We come up here, we get a house, cars. Then we realize that just because someone says they will buy something, doesn’t mean they actually will. We closed zero out of 11 commitments. We didn’t make a dollar for seven months. When we started making money, we were making hundreds of dollars not thousands. We eat through all of our savings. We go $70,000 into credit card debt. It was brutal.

I’m sure that was a difficult time.

We screwed it up. We were living the American dream here. We were on pace to doing it the right way. Then we had no jobs, our company was 70 grand in credit card debt, what were we going to do? I was a decent programmer so it was easy for me to get a contract. I took a full-time contract. It stopped the bleeding in terms of the debt, but paying $200, $300 a month of the debt off is not getting the job done. I took a second full-time contract. I did two full-time contracts for 11 months. It was the worst time of my life. I would wake up and code for 12 hours a day, seven days a week. I had to do 80 hours. In 11 months, we paid the debt off.

What lessons did you learn from that?

I would not recommend that path to anyone. If anyone wants to test their business, make sure you have the check in hand first. People will say they want to buy it, and people did want to buy it, but it’s hard to close a deal in a school because of budget and approvals. I was naive. I was 28 at the time.

The business took off eventually.

We figured out how to actually sell it. We got a contract with New York City schools. We scaled them up to a $500,000 a year, but that’s not a lot when you’re talking about a software company. When you start hiring people, it goes quick. We never got over the hump from 2005 to 2012. We were working so hard and not making enough money to grow a business.

How did you shift from education software to a general web development firm?

We were getting calls from people in our network. We have a good network and we’re fairly intense individuals. People know if you need to get something done, you call these two maniacs. We were always focused on our own thing. In 2012, we said, “Let’s take the next deal that comes our way.” We never said, “Let’s become a project and consulting company.” The phone rings the next day with a project. We took it, we killed it. The phone hasn’t stopped ringing since. We had four people in 2012. We’re at 50 right now. From our perspective it seems like insane growth.

It’s difficult to find talented coders. How do you figure out if someone’s a good hire?

This interview has been edited and condensed.