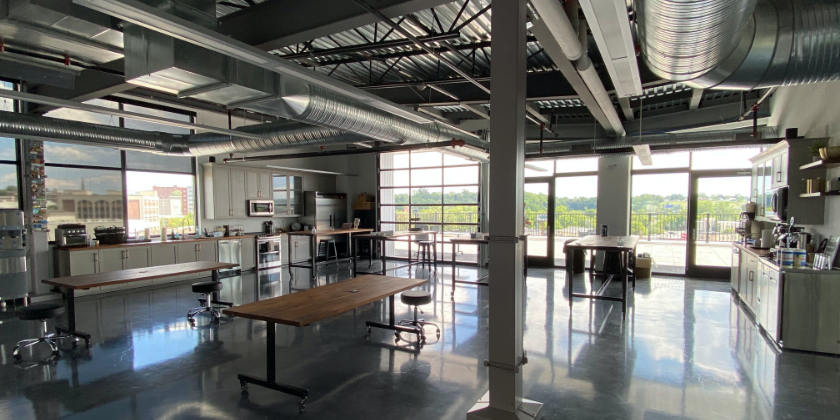 Jahnel Group's new 17,000-square-foot space is on the top floor of the Mill Artisan District building at 108 State St. in downtown Schenectady

Jahnel Group's new 17,000-square-foot space is on the top floor of the Mill Artisan District building at 108 State St. in downtown Schenectady

Many businesses have suffered from shutdowns and slowdowns over the past three months because of the pandemic, but the Jahnel Group's experience has been just the opposite.

Demand for its custom software development services has been stronger than normal — so much so that the Schenectady company has hired 10 new staff and is looking for more, said Jon Keller, chief growth officer.

The Jahnel Group was already riding a wave of growth. It had revenue of $8.5 million in 2019, up from $5.8 million the year before. And it ranked No. 6 on the Business Review's new Fastest-Growing Companies List for the Albany region.

It has no plans of slowing down. By 2030, Keller said the company aims to have revenue of $100 million. The goal is to grow locally as much as possible, while expanding in other regions through remote hubs.

Keller thinks the company has been able to grow so much because of the wide variety of services it offers. There's been a general boom in software development demand over the past decade. Now that it's more affordable, he said a lot more companies are taking advantage.

Jahnel Group's main service is to create web and mobile applications that help businesses of various industries complete tasks more easily and efficiently. Some of this work includes automation of manual tasks, streamlining of workflow and processes, centralization of data, and streamlining communication.

Keller said the company is seeing more demand in general during the pandemic, but a lot of that likely comes from its clients’ employees working remotely. The company is currently helping one of its largest clients migrate all onsite infrastructure into cloud-based services.

"When you think about some of the inefficiencies that exist in the workplace, those manual and repetitive tasks, I think a lot of that is exacerbated in a remote environment,” Keller said. “Software is playing a big part in helping bring organizations together and closer now that they're not physically able to do so.”

Jahnel Group is also seeing an increase in demand for the work it does with the video game industry, he said.

“A lot of these game companies are seeing demand because more and more people are probably active on the game platform. They're playing games in their spare time versus being able to be go out and do the things that they used to do,” he said.

Even with the growth in demand, Keller said Jahnel Group was careful to make sure there was a specific project need for all 10 of those new hires. The company's team now totals 90 people.

"We were very cautious to make sure that we were only bringing on (people) that we had active slots for. There was a lot of uncertainly as far as the pandemic was concerned."

The company had just combined its offices in Schenectady into a new 17,000-square-foot space on the top floor of the Mill Artisan District project when the pandemic hit and everyone began working from home. The company still owns its previous location on Union Street — which includes a couple of rented apartments — and plans to rent out the office space there.

Between 10 and 20 employees have returned to the new office so far.

And while some tech companies are questioning how much space they may need in the future since employees may continue working remotely, Keller said Jahnel Group employees are excited to eventually see other again in the new space.